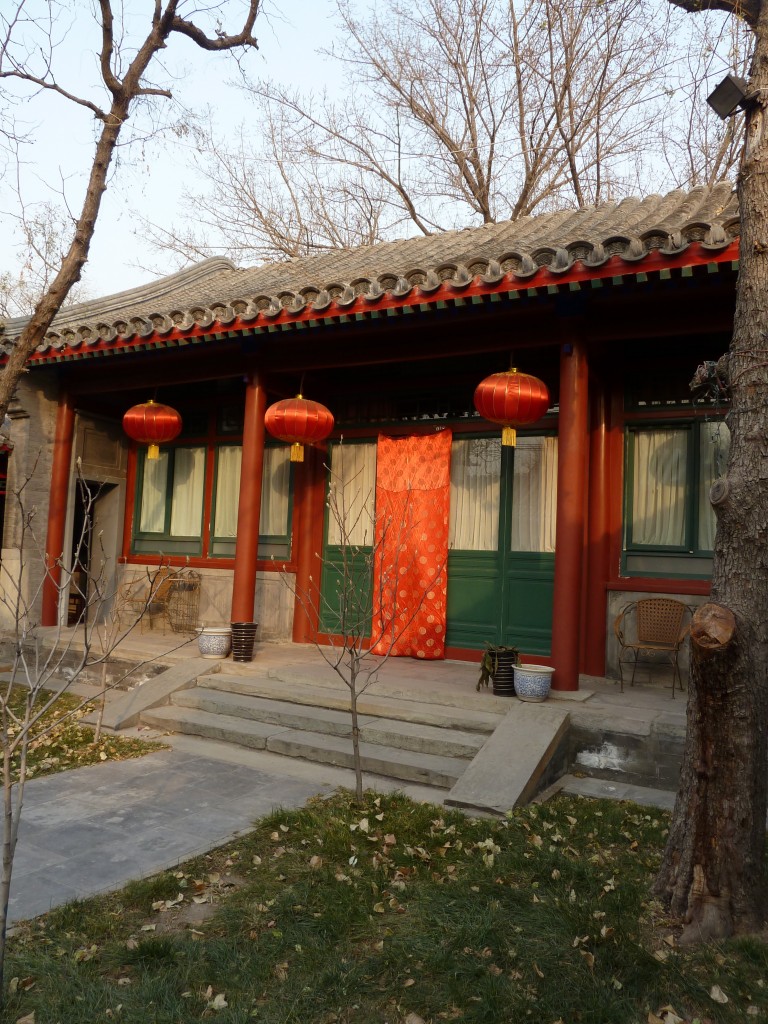 This morning we stepped out of 25 Celsius, 90% humidity pre dawn Singapore into an air-conditioned building. Next time we were outside, it was 3 degrees if we were lucky, in Beijing. Even though we’ve been talking about this transition (and agonizing over our clothing choices) for months, it was still quite startling when it happened.

The most striking contrast for all of us in looking around as we drove in from the airport was the vegetation. We’d gone from lush, tropical, Singapore, where plants seemed to be growing everywhere you looked, to a wintry landscape with the trees denuded of any leaf. They were so stark that the nests were the only point of visual interest.

The light, too, has changed in quality… That northern gradual twilight that starts around 3.30 has a quite different quality to the strong tropical sun.

We are staying in a really cool little hotel in the Hutongs, the rabbit warrens of laneways between the main streets. It was built in the 17th century, or so, and fortunately the heating system has been updated since then.

Tomorrow we’re going to venture out into the cold properly. We had a little test run tonight, to find some dinner, which went quite well, although Declan, who had forgotten to get his hat out of his pack, looked pretty funny as he tried to wrap his scarf around most of his head to keep it warm.