It is hard to comprehend the disaster wrought upon Warsaw in WW2. Part of what makes it hard is that this was no accident or misfortune of war. It was absolutely, cold-bloodily deliberate. The result, though, is a city where what you see is not always what you get.

The Warsaw Ghetto Uprising of 1943 saw a substantial portion of the centre of the town razed when the Germans suppressed the revolt by methodically burning out the fighters, house by house. Then in the aftermath of the Warsaw Uprising of 1944, Himmler ordered that not a single stone should be left standing in Warsaw. After forcibly moving the entire remaining population, of about half a million people, out of the city, the Germans took him at his word – paying particular attention to museums, churches, schools and anything else of cultural significance. The result was literally a burnt out wasteland.

So the Warsaw we see today was completely rebuilt after WW2. The Old Town, where we are staying, was built to replicate what was lost. The result is a lovely and consistent old town which looks authentic; but of course isn’t. The thing we’ve been debating as a family is whether they should have rebuilt, or whether they should have started afresh. At one level the old town is now a bit like a theme-park replica. At another level, the Poles have preserved what was lost and fought back against the horribly personal destruction wrought on them by the Nazis.

I think you end up with something great to look at, but it lacks the human connection that I love in old things. For example, we visited Marie Curie’s house – but in the knowledge that it was rebuilt, it isn’t the place she touched or lived in. It just looks like a nice, clean representation of her house.

In contrast the excellent Museum of the Uprising is all about the human stories from the 1944 Uprising. Photographs, films, and momentos make the people involved really come to life. There are stories of great pathos and heroism. Overall it’s impossible to walk away anything but saddened by the evidence of what we humans can perpetrate upon each other.

Naturally enough the Museum is one-eyed in its presentation with both the Germans and the Soviets being portrayed in an unforgivingly negative light. The Germans for their actions during the War; the Soviets for their inaction. The Soviets in effect sat and let the Germans put down the Uprising before attacking, to ensure any opposition to their post-war position was destroyed. While I can’t blame the Poles for the presentation, the contrarian that lurks so very near the surface in me can’t help but point out that the presentation is another post-War, or even post-Communist, reconstruction. Many of the messy and unhappy sharp edges have been smoothed away – for example all the bad things were done by Nazis and the Soviets. There’s no mention of the Poles’ involvement in anything negative ever; there’s absolutely no hint of the anti-Semitism that was a significant feature of Poland at the time.

Which also possibly explains another dichotomy about the Uprisings. That word “uprisings” – as in the plural with an ‘s’ – is not one you see anywhere. They are presented as entirely different and unconnected events. I can’t help thinking that in a different place they’d just be the first and second uprisings or something like that.

Walking about the old town on our way to dinner tonight, there’s no question that it’s a lovely place. But the ghosts of the original buildings and the echoes of the horrors perpetrated in this place lurk very close to the surface. 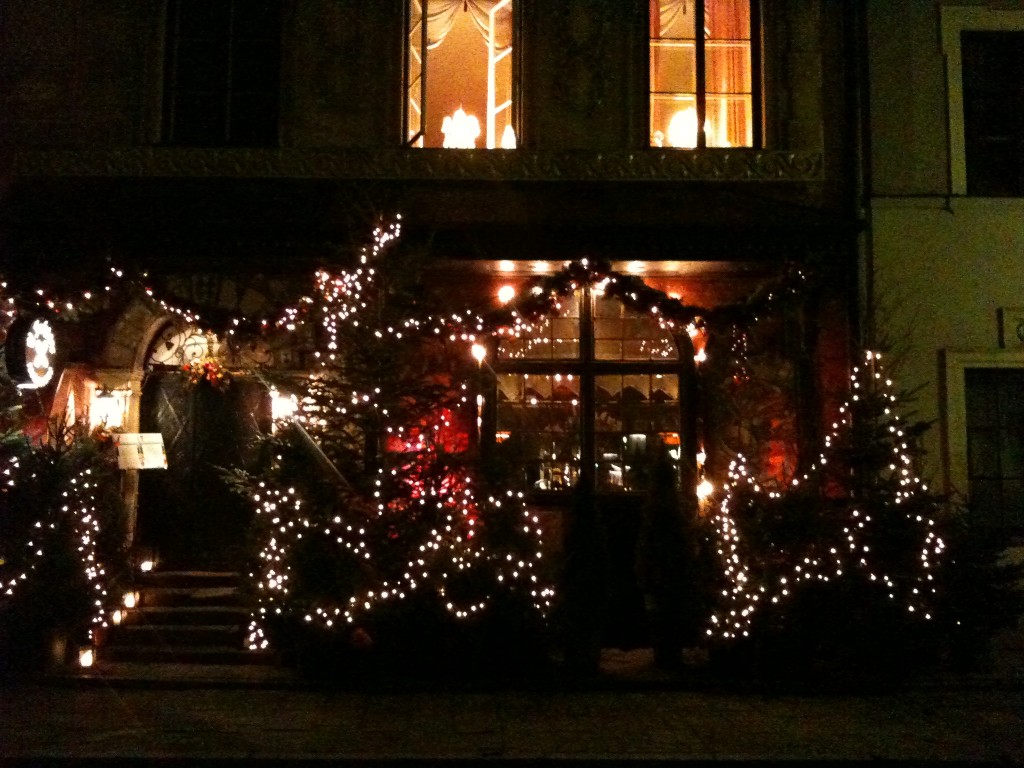 1 thought on “Ghosts of Warsaw”