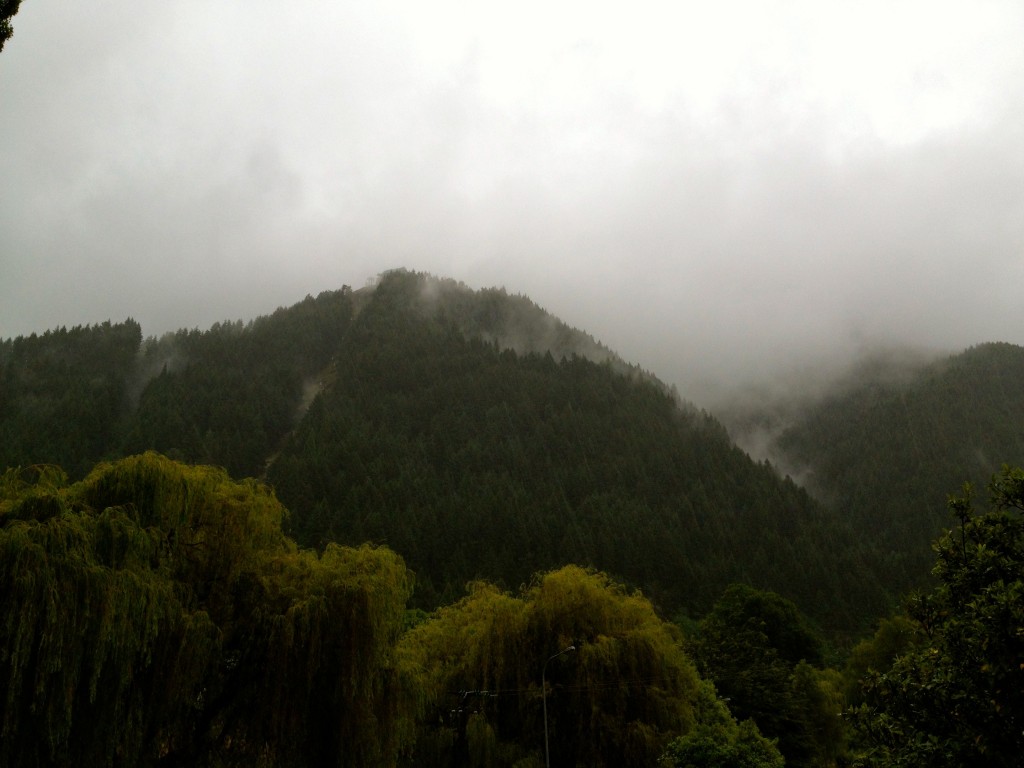 What evidence do I have after spending only a few hours in Queenstown to back up that bold, and admittedly rude, assertion? Item One, M’Lud, is the pivotal shops on the Mall being Pumpkin Patch and Country Road. Item Two is Billy Joel playing on high rotation in the pub where we had dinner. Item Three is the fact that the people who run the apartments we’re staying at are just so completely nice and friendly.

I admit we haven’t been here for long. We spent basically the entire day getting here via Christchurch. Really there was only one highlight of the trip and that was the safety briefing on the Air New Zealand flight that formed the second leg of our trip. The briefing was done entirely in the style of a Lord of the Rings parody. Declan adored it; Callum slept through it, which was a blessing as this was the first plane trip in living memory which did not involve him vomiting.

Eventually we bumped through the clouds to arrive in Queenstown. It’s hard to believe that it’s summer with the temperatures in the low-teens and torrential rain blanketing the verdant hills. This part of New Zealand looks so much like Scotland or Southern Germany with hills covered in pine trees and green, green, everywhere. And rain.

We had a rather good meal at the apparently very popular Winnies, but after a 5am start and a long day we weren’t in the best mood to appreciate it. We did perk up for one of our favourite holiday pastimes – visiting the supermarket. It’s good to be travelling again, whatever the decade.