Thanks to a late-night arrival, we slept in late and awoke eager to see what Hobart had to offer.

Our apartment looks out over the harbour; down at water level, the wharves are home to a flotilla of tall ships which had also arrived during the night. It wasn’t hard to imagine that Hobart would have looked much like this a century ago, with the masts and rigging dominating the skyline.Well, apart from the very modern-looking vertical windmills spinning gently over the whole scene.

After breakfast we wandered around the docks and had a closer look at the ships as we made our way to Salamanca Markets. To give the Markets a point we aimed to find a present for the boys’ brand-new Spanish cousin. Sadly while the markets had some nice-enough stuff there was nothing that screamed out to us, although she almost ended up with a very cool TinTin t-shirt.

The day’s main event was a trip to MONA – the Museum of Old and Modern Art. We’d booked the ferry up the river and that proved to be an experience in itself. How often to you catch a ferry that has sheep for seats? That strange combination of quirky, well-designed and strange pretty much characterises MONA. The collection ranges from cuneiform tablets to surreal videos with some indescribable stops in between. It’s all beautifully presented within a stunning building and some of it is absolutely captivating. Other pieces, I have to admit, left us scratching our heads. One of our favourite pieces was a kinetic sculpture that draws on a piece of paper in reaction to changes in the wind. The sculpture was interesting but the resulting drawings were just fascinating.

A lot of people had warned us that MONA might not be appropriate with the kids. We didn’t see much that was an issue. There were a couple of pieces that were a little confronting, but nothing you couldn’t slide past at speed if needed. 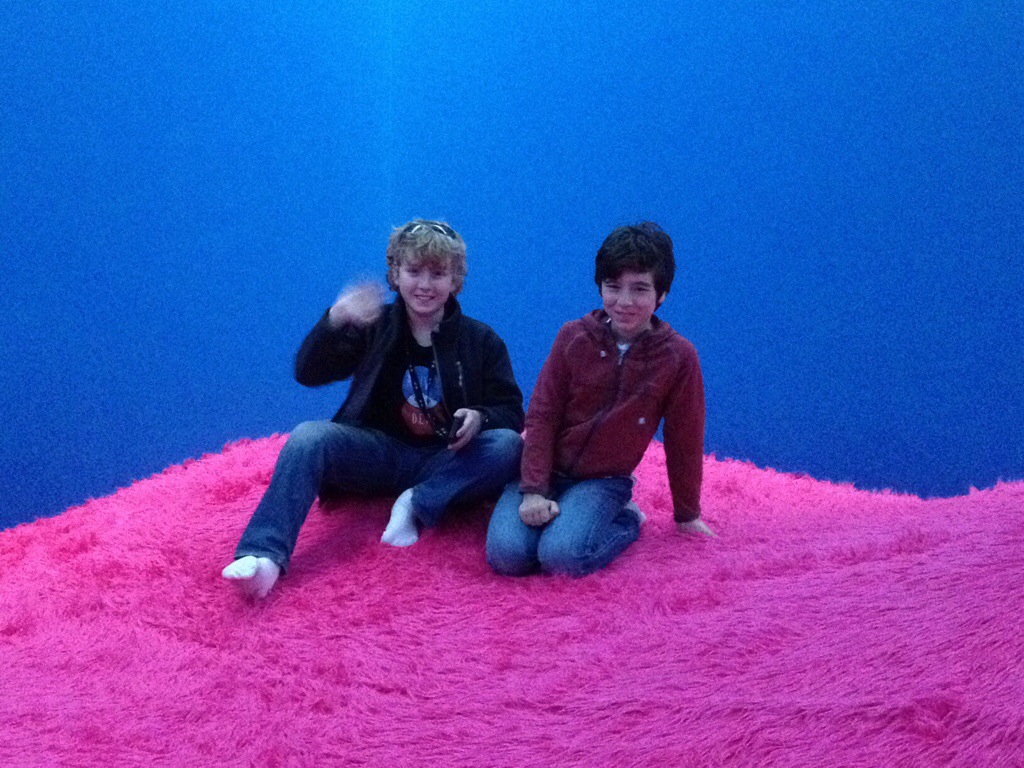