Since I live in Sydney, and I love travel, I thought I’d post a quick post on top things to do here. A bit idiosyncratic, as we are a family that loves to walk. Nevertheless, here are my top tips.

Free (with some addons that cost)

Walk across the Harbour Bridge (pedestrian side is the eastern side) – start at either Milson’s Point Station or the stairs up from Argyle St in the Rocks. While on the Bridge, you can climb up the South Pylon, which is almost as good as the Harbour Bridge Climb, and doesn’t cost nearly as much. 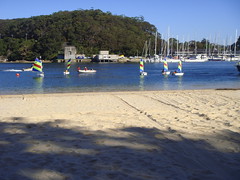 Spit to Manly walk – a 9km walk through bushland around Sydney Harbour – you can start at either end, and catch a bus to the other end – the best way to get to Manly from the city is 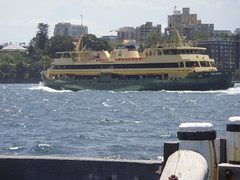 a ferry from Circular Quay (which you should try and do regardless – a great way to see Sydney). Manly is also a lovely surf beach, bustling but not ridiculous on weekdays, with great snorkelling in Shelley Beach (which is a more sheltered part at the southern end).

Berry Island is some of the most accessible aboriginal history from the city – a walk from Wollstonecraft station down to the island, and then a 20minute walk around the island with interpretative signage showing aboriginal carvings. From there, you can also walk to Greenwich (just slightly up the hill on the left is the start of the walk, and its reasonably well signposted), and catch a ferry back to the city.

Wander around the Rocks (oldest settled part of Sydney) – fairly touristy shopping, but some lovely old streets and artifacts – visit Susannah Place museum for insiders information (although that costs). 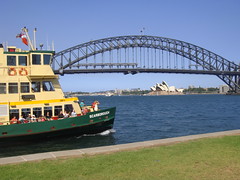 Catch a ferry (this is not free, but included in a public transport ticket) to McMahons Point to see the point blank views of the Opera House and Harbour bridge.

Wander around the Botanic Gardens – lots of special features, including the duck pond, lots of sculptures everywhere. In the middle, near the Tropical Centre, there are fruit bats living in all the trees. You’ll also often see possums, particularly near dusk (also unfortunately rats). My pick of the feature gardens is the herb garden, which also has a lovely sundial.

Maritime Museum – this is free to get into (and it has pretty good displays) but it costs money to get onto the boats – my pick of the boats is the Endeavour replica – the Endeavour was the ship that Captain James Cook sailed in, when he sailed to Australia (first white people to see the east coast) in 1770.

Art Gallery of NSW – the Canberra and Melbourne ones are better, but this is pretty good, and has some really interesting asian and aboriginal art. 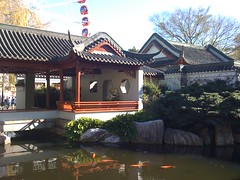 Chinese Gardens in Darling Harbour – a lovely oasis in the middle of Sydney, near Sydney’s ChinaTown – Sydney has a lot of people with chinese background, so this is one of the best chinese gardens you will find outside China itself (I’m told – I’ve not been to China yet).

The Zoo – not cheap, but a fabulous spot, and pretty good selection of animals. You catch the ferry there. If you do go, definitely try and catch one of the shows – the bird show in particular is great, and free once you’re in the zoo.

Blue Mountains – beautiful and quite different landscape  – sandstone cliffs and escarptments. Scenic world is a tourist trap, but a fun one. You can catch the train up to Katoomba, Leura or Blackheath (although it is pretty slow). 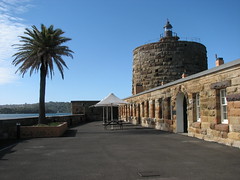 Fort Denison – an island in the middle of Sydney Harbour with a fascinating convict and military history. One of the few Martello towers in the southern hemisphere.

Royal National Park – a day trip by catching a train to Cronulla, and then a ferry across to Bundeena (which is a lovely surf beach). Not a lot to do there, except walk, though.

1 thought on “What to do in Sydney”