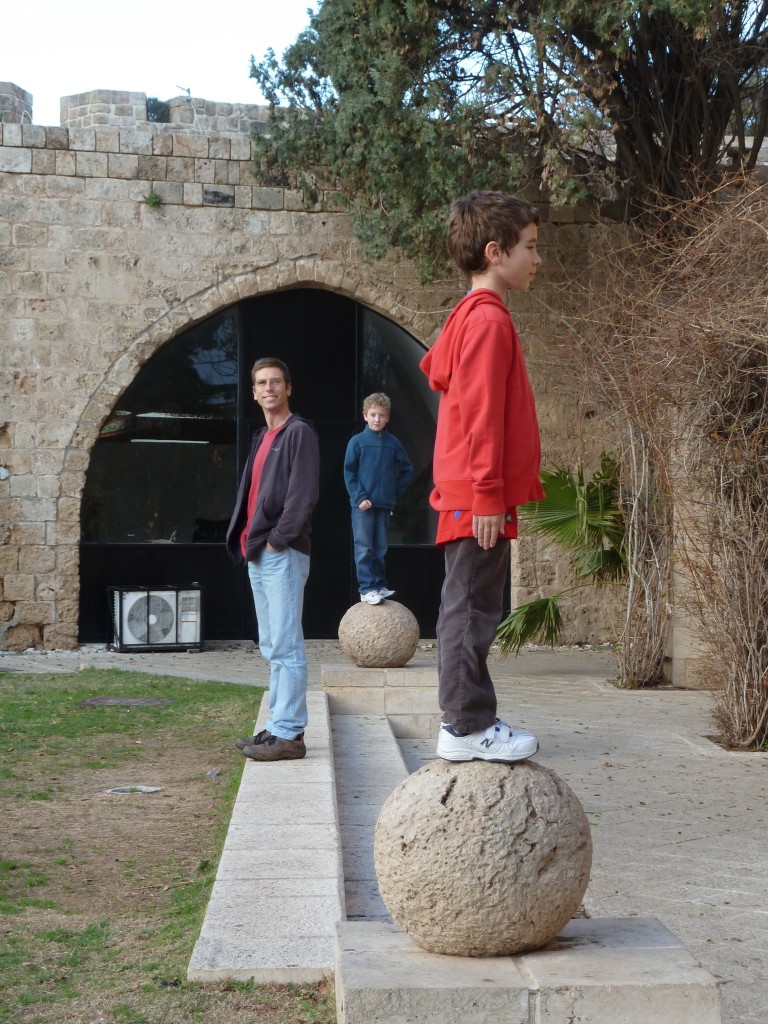 Today is our two-month anniversary and we’re beginning to lose touch with reality.

It is amazing how quickly people adapt. We’ve adapted to living out of backpacks with a couple of changes of clothing, to having no real agenda for most days, to sharing a space smaller than our dining room for days on end, and so much more. Our ‘normal’ life back home seems like a dream.

When I asked Declan how he would rate our trip so far he said “I give it an F”. Seeing the concern on my face, he quickly clarified “For Fantastic”. Callum, who had a mouth full of chocolate croissant at the time, simply waved a thumbs-up about frantically.

We’ve seen some wonderful things over the last month; the Middle East has been a treasure trove of sights and experiences. Traveling has been easier than we feared, so much so that we now mildly regret not having included Syria in our itinerary.

It was good this morning when Callum found an amphitheater in an Asterix book he’s reading and compared it critically to the real amphitheater we saw in Jerash. In a similar fashion both boys howled in disgust the other night when we watched a movie about Richard the Lionheart and he was shown leaning on battlements we had seen and which we knew were built to defend against Napoleon.

Schooling generally seems to be progressing well. The boys have started their Johns Hopkins maths course now and their creative writing is improving demonstrably. Declan’s handwriting is leaping forward. Keeping the schoolwork up is not always easy for any of us and having a real, external teacher for the Johns Hopkins course is a boon. Ms Lee hasn’t done much, but the fact she’s there is an incentive and Cal absolutely glowed this morning when she emailed him some positive feedback.

Health has been a mild issue over the last month. I was horribly ill in the last days of our time in Egypt. In retrospect it has become clear that Callum had a viral infection, something like slapped cheek disease. We thought his red cheeks were sunburn and the bad rash on his body was a reaction to chlorine in the pool. Putting them together with his sore throat and cold, he clearly had a thing. Travel sickness has reared its ugly head of course. Cal was predictably sick on several planes. The weird thing was iron-stomached Declan and Jennifer getting sick in a car in Jordan, while Cal and I were fine. While we were both sympathetic, we still basked in a rare moment of travel superiority.

Having just done the sums we’re just about exactly on budget. That’s particularly good news given Egypt and Jordan were always going to be expensive thanks to tours and staying in hotels, and better hotels than we’re otherwise choosing. We have found that big buffet breakfasts tend to mean we skip or skimp on lunch, so there’s a small trade-off. Overall the puts and takes have evened out nicely.

We’ve really decided that staying too far from the centre of town is a false economy. Not only is it significantly less enjoyable, we see less, do less and have to spend more on transport. Given we’re in the fortunate position of being able to make a choice, we’re making that a rule of thumb from now on and have made our future bookings accordingly.

We are finding as the days roll by that our need for down-time has increased. It’s impossible to keep up a short-holiday pace over a long time. So now we’re having more days just sitting about or going for local short walks – which fits nicely with being centrally located of course. Not a bad thing by any judgement but actually harder to do than it sounds. When you’re in an exotic place it seems such a waste not to do something – this is proving a good exercise in calm, zen for the less patient amongst us. Not that there are any of those in this group!

We are loosing touch with work-a-day reality; but who needs reality when you’re having an ‘f’ for fantastic trip.